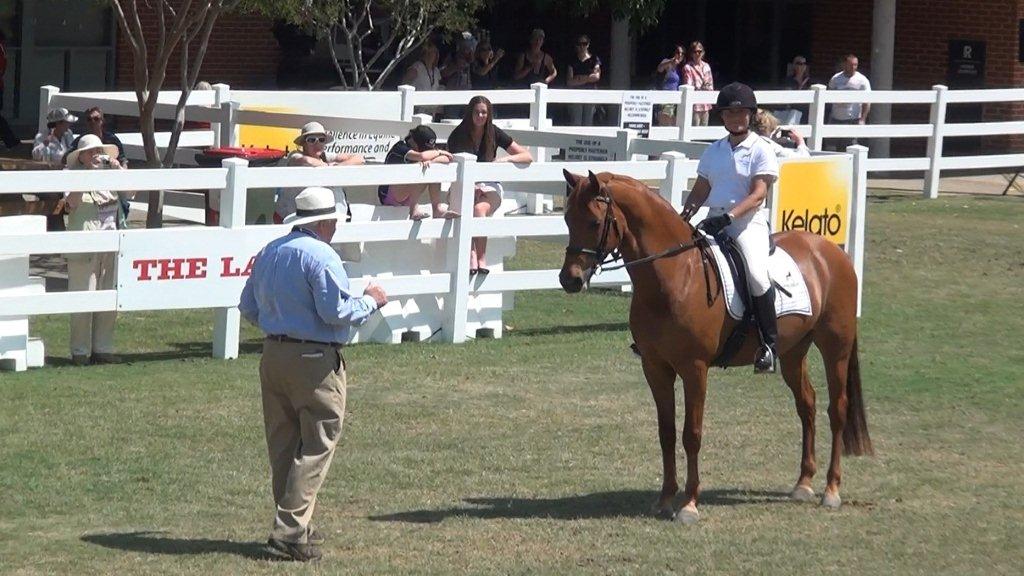 Equitana Sydney, 2013, was an extremely successful event for the Morgan Breed in Australia.

Stallions, Watching Royalty and RanchBoss Cortez, along with geldings, Red Bluff Tantalus and Wilga Park Chancellor, were excellent Ambassadors for the breed and the Association is grateful to their very generous owners for the expense and effort it took to have these outstanding horses available.

Watching Royalty and Beccara Lloyd were impressive in the Working Equitation arena, showing great talent for the discipline, and performed beautifully in their Breed demonstrations.

Red Bluff Tantalus, an up and coming young Dressage horse, acquitted himself well in the group display of ‘The Dressage Horse’ with his owner/rider Nila Latimer, showing that the Morgan horse has the paces and the temperament to suit this discipline.  They also joined Linda Shore and RanchBoss Cortez in presenting Western Dressage.

Instructions on the Breed demonstrations were to make it ‘Interesting’, so RanchBoss Cortez and Linda Shore performed their attention-grabbing bridle-less Western Dressage.

Wayne Hipsley, International presenter at Equitana, was so impressed with the professionalism of the presentations he had seen  of MHAA member Linda Shore and RanchBoss Cortez that he made contact with Linda prior to Equitana which culminated in Wayne inviting the duo to join him in all of his presentations.

Wayne is no stranger to the Morgan Horse as he has been very involved in the breed in USA, previously holding a position on the board of Directors of the AMHA.  He was extremely complimentary in his comments on the Morgans he met whilst at Equitana.  Wayne believes that the Morgan horses he saw are some of the best he has met as far as Morgan type/conformation goes.  Each of the Morgan owners were very proud indeed with Wayne’s comments on their individual Morgan horse.

Wayne Hipsley was not the only person impressed with our Morgans.

Hundreds of people came by the MHAA Breed stand simply to touch a Morgan horse as they had dreamed of meeting one, one day, and others were introduced to a Morgan horse for the very first time. Every person went away with a lasting impression of the beautiful breed that we have.

With a minimum of 11 demonstrations throughout the four days of Equitana Sydney, the Morgan horse was given great exposure.  As in the past, the interest created by this extremely successful event will carry on for months and even years to come.